Making the Most of Your Relationship Mistakes 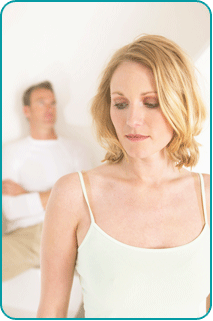 Your relationships can be viewed as a school with many classrooms to spend time in and lessons to learn. With each successive relationship you learn more about love, attraction, equality, and the destruction you or someone else is capable of. If you are lucky enough to be with one person for a lifetime, you'll learn all those lessons in one relationship. But there is nothing like a relationship failure to create the impetus to start sorting through the baggage of attitudes and beliefs that you carry from one relationship to the next. Although you might like to avoid the inner work necessary to achieve a healthier relationship, you have to appreciate that with insight you grow to make fewer mistakes.

Whether it is your criteria in choosing a mate that requires a second look or the fact that in every relationship there is a pattern of frequent communication meltdowns, taking a hard look at yourself is important, especially if you don't want your new or future relationship to fall into the same destructive patterns.

The natural question arises: Do we really make the wrong choices in selecting a mate or does a relationship choose us so that we can fulfill a life lesson we agreed to learn? The answer is: it happens both ways. Conditioning sometimes drives the mate selection process forcing you to choose someone you are conditioned to believe suits you best. That is why many women choose a mate just like their father, especially if they are seeking the comfort of a familiar personality to start with. Or you may find yourself attracted to a bad boy thinking you will resurrect his soul and put him on the path of righteousness. This choice reflects a woman's conditioned tendencies to see herself as a healer to mankind. The key is to identify the pattern in your choices and to determine if conditioning is driving them. Sometimes we can't help attracting the wrong kind of person. They just seem to arrive on the relationship stage one after another. In this case, you are completing bad karma and you may have to acknowledge your mistake was in a previous life.

Led on Too Long

It doesn't feel good to be left on hold wondering when he will stop playing the field and see that you were "the one" all along. You made yourself available, waited for his calls, loosened all other ties thinking dawn would break any day now. But if after two years you have not established an exclusive relationship, it's likely you'll never get the commitment you want. See the mistake of making yourself too available to someone who never wanted more than a casual relationship.

Some personalities tend to ignore obvious signs at the beginning of a relationship that spell out trouble and warn that the subject of attraction is not exactly relationship material. So what that he tells you he was married eight times and each time it was the woman's fault the relationship failed. Or that he guzzles a six-pack in front of the TV on your second date. Ask yourself this question: How was my blindness a product of my desperation for love? And perhaps your eyes will be open on the next go-round.

Thinking Communication Is a One-Way Street

Dictatorial communication styles are often a symptom of mindsets of inequality. Whether it is you giving out the orders and venting for hours or your partner who thinks his way is the right way and you should have nothing to say, the relationship will suffer from degradation. Words can be powerful, but how you say them can be even more powerful. Examine your communication style and the mindsets it stems from. If it needs changing, change the communication dynamic by focusing first on your own style of communicating.

Breaking Up When You Need to Make Up

If you were too quick to leave a relationship in the past you know the pain you caused as well as the regrets you have. Flight behavior can represent a fear of intimacy or the inability to recognize that people can change with time when they value the love between them and each other. Fighting the urge to break up and developing some patience and understanding may very well save a relationship deemed too challenging.

Living Too Long Without Love

If it is love that you are after, you need to face the fact that you are lovable and that you deserve a partner who sees the sun, moon, and stars in your eyes. But if he doesn't seem to be treating you with love and respect, keeps you at a distance and is self-absorbed, unresponsive or overly critical, the problem isn't necessarily you. There is nothing worse than staying in a relationship that is impoverished or with a lover who is never in the mood for love. In fact, it is heart-breaking. Your mistake may be in expecting a turn-around by demanding better treatment. Demands seldom seem to work. The magical elixir may be to create a life outside the relationship that looks greener. If you matter anything to him and he see's you've moved onto greener pastures, he may start to value what he lost. If not, you have created a new life to move all the way into.

Too Much Unsorted Emotional Baggage

Emptying the baggage that you should have left at the airport of your last relationship need not fly in the face of a new partner. In fact, you need to accomplish letting go of the regrets, guilt, shame, anger and grief before you enter another relationship. Maybe you think you have done it to your satisfaction, but just in case look beneath the lining to see if you are harboring something else inside.

Admitting You Made Mistakes

Admitting you made mistakes in a relationship can be difficult to swallow especially if you are the kind of person who doesn't like to admit they were wrong. The tendency may be put most of the blame on the other person and not take responsibility for your part. End the blame game by focusing instead on what behaviors from you contributed to the problems in the relationship. Then forgive yourself and make strides in learning from those mistakes, promising yourself never to do the same thing again.

Settling for the Short End of the Stick

Women who get no respect usually expect none. They are so conditioned to believe a woman is undeserving, can never measure up, and should be subservient that the short end of the stick seems taller than she feels. Therefore, she will ask for little and watch how her man commands her universe and his. Inequality is no joke, especially if you have lived it too many times or for two long a period of time. The mistake women make is thinking they can never expect equality without chasing away their man. The learning curve demands that a woman stop using the stepping stones of an outdate legacy and see herself forging a path of equality for the sake of the evolution of mankind.

Passing on Someone Perfect for You

If you are the type of woman who seeks the "perfect" man, you are guaranteed never to find him. In fact, you may have even passed on a man who was your divine complement (soulmate) thinking at the time you could do better. If you are in the habit of dissecting the men you attract, try instead to erect a new standard: "A divine design is better than mine."